Northern Virginia's suburbs are likely to remain immune from the sharp home price drops that have occurred in other parts of the country, according to a new report. The study by analyst RCLCO found that most suburban neighborhoods in Northern Virginia still offer good value for prospective homebuyers. In particular, Loudoun and Prince William counties are expected to see healthy demand in the years ahead.

In the wake of a stronger trajectory of home price appreciation and increased sales, Northern Virginia sub-markets are expected to continue to offer stable home prices. While there may be some pockets that see downward movement, most areas in the region will remain immune from significant price drops. From a seller’s perspective, it is prudent to remain flexible in your listing price and be willing to accept less than asking if you are in a competitive market. On the other hand, from a buyer’s standpoint, now may be an opportune time to purchase.

Even those who previously believed that the housing market would endure economic pressures without experiencing drops in sales prices are starting to utilize the "f-word" of the real estate sector, "falling," as in "falling prices.

However, according to one analyst, towns in the area are still mainly protected from the possibility of falling prices in the near future.

"The suburban markets of Northern Virginia have largely avoided the worst of the housing crisis, and we expect them to remain relatively strong in the coming years," -said RCLCO managing director Maureen McAvey.

Though home prices in the region are not expected to rise as rapidly as they have in recent years, the overall market is still projected to stay strong. This is due in part to the continued growth of the Washington, D.C., metro area, which is expected to add more than one million new residents by 2030. With limited land available for new development, the demand for housing in the suburbs is expected to remain high.

"The bottom line is that the Northern Virginia suburbs are still a good place to buy a home," said McAvey.

The chief economist for the multiple-listing and analytics company Bright MLS, Lisa Sturtevant, isn't entirely optimistic about the upcoming weeks and months.

Sturtevant declared in a blog post on July 28 that

"The party is gone." She wrote, "Housing-market conditions are slowing down after two plus years of bidding wars, buying sight-unseen, and prices rising three times faster than normal." In some ways, she added, it would be a "welcome reprieve, a chance for buyers, sellers, Realtors, lenders, and everyone who watches the housing market to catch their breath and reset."

Sturtevant continues to agree with the majority of analysts who believe that the housing market will continue to stagnate overall and that price growth will be mild. But she also acknowledges the possibility of price reductions in particular areas across Bright MLS's coverage area, which encompasses portions of six states (Virginia, Maryland, West Virginia, Delaware, New Jersey, and Pennsylvania) plus the District of Columbia, where a total of $142 billion in home sales were completed in 2021.

Sturtevant identified five variables that can pave the way for price declines in particular areas:

• Locations whose prices increased significantly more quickly than the national average over the previous two years.

• Areas where the epidemic caused second-home buyers to raise prices.

• In rural and "exurban" markets, where the demand for distant employees has increased.

• In areas where earnings are below the national average.

The positive news? A five-level risk rating published by Bright MLS places Arlington, Fairfax County, the city of Falls Church, Loudoun County, and Prince William County among the least threatened areas, despite the fact that the majority of the surrounding area doesn't match those requirements.

In order of decreasing risk of a price decline within the Bright MLS service area, the counties of Sussex, Delaware; Warren, Virginia; Worcester, Maryland; Page, Virginia; and Schuykill, Pennsylvania.

In general, Sturtevant continues to hold the opinion that the housing market won't experience the same catastrophe as it did 15 years ago, and he thinks that the slowing conditions will only bring housing conditions "more in line with pre-COVID tendencies."

If you're thinking about buying a home in the Northern Virginia residential area, now is a good time to start your search. Though prices are expected to continue to rise, they are still relatively affordable compared to other parts of the country. And with the strong job market and continued population growth in the region, now is a great time to invest in a residential home. 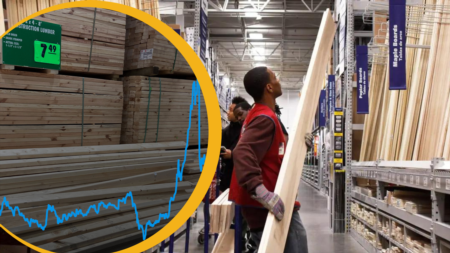 Lumber Prices Fall to a New Low: Reality Sets In for the Housing Market

It's been a tough year for the lumber industry. Prices have fallen to a new low as reality sets in that the housing ... 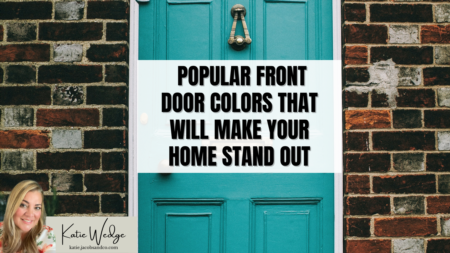 Your front door is the first thing that people see when they visit your home, so it's important to make a good first ...