To Rise or Not to Rise: That is the Housing Price Question for 2023

Experts agree that predicting future housing prices is far from an exact science, but real estate market trends can help us make educated guesses. According to the National Association of Realtors (NAR) chief economist Lawrence Yun, there's a good chance that US housing prices could rise in 2023—but what does this mean for potential home buyers and sellers?

Yun explained that while 2020 saw a drastic drop in housing prices due to the COVID-19 pandemic, there are signs that 2022 could bring an upturn. He pointed out that mortgage rates remain low and homebuilder confidence is positive, both of which could bolster demand for new homes. If this happens, we could see a significant increase in the prices of existing homes.

Despite a rise throughout 2022, there were 38% fewer active postings in October than there had been three years earlier. Additionally, according to Zillow data, the number of new listings is down about 24% from the previous year because homeowners with low-interest fixed mortgages are less motivated to sell.

Furthermore, there are challenges for the construction sector. Due to concerns about diminishing demand as mortgage rates rise, construction companies are being cautious regarding the construction of new homes. Construction prices have increased as a result of ongoing supply chain problems, further affecting affordability. Both over the course of a year and a month, fewer new homes are being started. The confidence of builders is still declining. Constrained inventory will be a result of everything mentioned. Demand is being driven by a sizable proportion of younger homebuyers.

Yun believes that this potential uptick in housing prices could continue into 2023 and beyond, as long as economic conditions remain stable. He noted that while no one knows how the pandemic will play out over time, he's optimistic that—given enough time—the housing market can recover.

But keep in mind that the change in the housing market is still recent. The majority of analysts predict that prices won't bottom out until 2024 or 2025. We haven't yet fully assessed the effects of the Fed's swift increase in the federal funds rate, but the majority of indications point to a better equilibrium between supply and demand in the housing market. The average amount of time a house spends on the market is rising. The number of mortgage purchase applications is at its lowest level since 1997, dropping 42% year over year. The S&P Case-Shiller Index's home price decline accelerated most quickly in July.

This optimistic outlook is encouraging news for potential home buyers and sellers, but it's important to remember that housing prices still vary greatly from state to state and city to city. Before making any major decisions, it's best to consult with a real estate professional in your area who can provide you with more localized advice about the market conditions.

(jacobsandco.com is always open for you!)

One of Yun's requirements is that mortgage rates stay around 7% or decline in order to achieve his forecasted overall gain in housing values by 2023. Lael Brainard, vice chair of the Federal Reserve, has hinted that the central bank will begin to limit the rate of rate increases in response to a declining annual inflation rate. The aim is still far away, according to Fed Governor Christopher Waller. Mortgage rates are still in the 6%–7% area despite having already declined from their recent highs, which supports Yun's prediction.

With the exception of times when unemployment is growing, housing prices often increase. The Great Recession was an anomaly, but the situation today isn't similar to it. According to Morgan Stanley's Chief Investment Officer, Lisa Shalett, an inflation-driven recession will be milder than the credit-driven one that occurred in 2007-2008. This is due, in part, to the record-high ratio of job opportunities to job searchers as well as the strong demand and low supply of homes and cars. Additionally, during the pandemic, many Americans amassed savings and wealth that are now acting as a safety net. Therefore, there is a potential that families will be able to withstand increased unemployment and maintain their homes. If that’s how this recession plays out, Yun’s prediction could come to pass.

Why Housing Prices Are Still Likely to Fall

Most economists surveyed by Zillow anticipate the market will shift into the hands of the buyer, even if they don’t predict lowering prices across the board. Demand may continue to be high to some extent if purchasers face less competition. However, Yun's optimism is not shared by the majority of Americans.

Only 16% of Americans think this is a good time to buy a home, the lowest reported figure in the Fannie Mae Home Purchase Sentiment Index's 11-year history. According to research, people are less inclined to make purchases when they anticipate price drops and more likely to hold off until the market offers better bargains. As a result, their expectations reduce the demand for homes. Additionally, people who must move are less willing to pay market prices and more prone to make lowball offers.

There are some signs of an impending recession, but not all of them.

Most economists forecast a recession in 2023 or 2024, according to surveys from the Wall Street Journal, Bankrate, and The National Association of Business Economics, among others. The National Bureau of Economic Research (NBER) evaluates a number of variables to decide whether a downturn in the economy constitutes a recession. Although there is no set rule regarding the requirements or levels that must be reached, the bureau typically checks for the following:

The Unpredictable Elements Having an Impact on the Housing Market

If we are able to avoid a recession and rising unemployment, Yun's prediction may be right. But property prices can drop just because people are afraid about a recession. The majority of economists and Americans agree that a recession is imminent. It's impossible to predict with confidence what will happen to property values on a national basis because there are so many unknown variables. The best course of action for investors is to focus on a single market, where tracking patterns may provide more precise estimations.

It's crucial to remember that even Yun anticipates price drops in some areas. Although he forecasts a 1% rise in prices nationwide, he points out that costs are already beginning to decline in California. The markets most likely to reach equilibrium are those whose prices have increased most quickly over the past two years. According to the CoreLogic projection for 2023, migration to more cheap Southeastern areas, which are exceeding the rest of the country in price growth, may be encouraged by overpriced housing prices in the West and Northeast.

The good news is that, unlike during the Great Recession, most experts do not anticipate a collapse in property values. This time around, subprime mortgages do not pose a threat to the stability of the economy. A housing correction of up to 15% is still very likely, though. A stable economy must benefit from a number of unpredictably occurring circumstances for Yun's forecast to come true.

No matter what the future holds, the NAR economist's outlook is good news for those looking to buy or sell a home. With ever-evolving economic conditions and housing market trends, it will be interesting to see how things unfold in 2023 and beyond.  Keep an eye out for updates from real estate experts as we approach the new year.   Doing so can help you make the best decisions for your future and the future of housing prices. 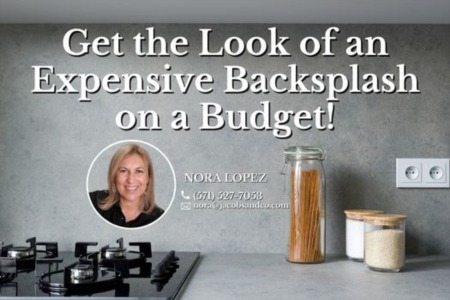 Get the Look of an Expensive Backsplash on a Budget!

In today's post, we'll be sharing 15 budget-friendly backsplash ideas that only look expensive. If you're looking ... 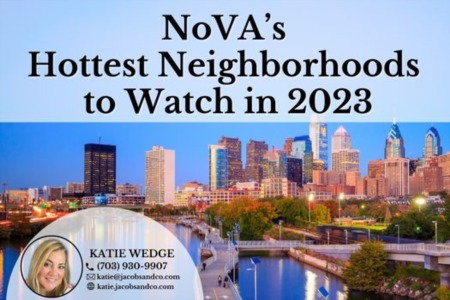 NoVA’s Hottest Neighborhoods to Watch in 2023

NoVA’s Hottest Neighborhoods to Watch in 2023   If you're seeking to purchase a home in the NoVA area this year, ...